Last week, I had a couple of questions from knitters about some inconsistencies in the size of their squares.  Here are a couple of ideas/ solutions on how to get a more uniform product.

For those squares that have come out larger (or smaller) than an inch to an inch and a half in difference, I would recommend taking a look at your tension.  Some patterns, especially those that have a great deal of patterning, can challenge our tension.  Even the most seasoned knitters can struggle with this.  If your square seems exceptionally huge (or tiny) compared with your average square, there is hope!  Try changing your needle size.  For squares that are larger than average, try using a smaller size needle.  A smaller needle will make your stitches smaller, and therefore make your swatch smaller.  Likewise, if your square is exceptionally small, go up a needle size.  Make sure to knit a couple of inches before you compare sizes.  Keep adjusting your needle size until you are satisfied with the size.

I hope this helps!  If you have any questions or comments, please email me at yearofswatches@gmail.com and I will try to answer to the best of my abilities :) 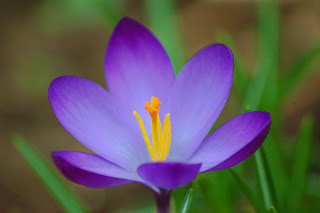 Happy Knitting!
Posted by Lindsey at 1:43 PM No comments:

Email ThisBlogThis!Share to TwitterShare to FacebookShare to Pinterest
Labels: Tips

Sweetness at the Bottom of the Pie

I was asked to share the book information for March's book.  Here is a link to a review and interview with the author (look along the left hand side) here.

Enjoy!
Posted by Lindsey at 3:15 PM No comments:

Email ThisBlogThis!Share to TwitterShare to FacebookShare to Pinterest
Labels: books

Here are your swatches for March!  Please email me (yearofswatches@gmail.com) if you have any questions!  I will be posting a tutorial on blocking sometime next week. 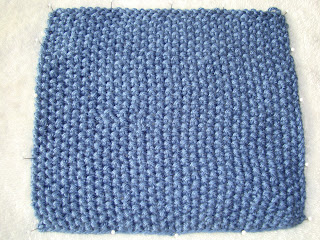 This pattern is very straight forward!  No borders to worry about!  Just repeat the one row of pattern until square!


Cast on 45 Stitches
K1, P1 across row (the entire pattern, including your border, is knit in moss stitch)
Repeat until swatch is square (equal in length and width).
Bind off loosely. 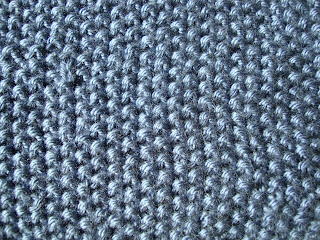 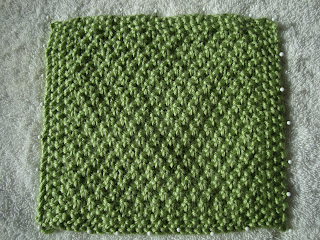 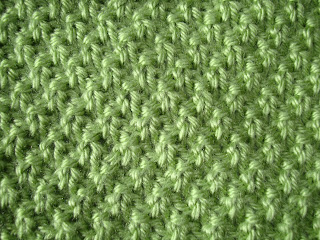 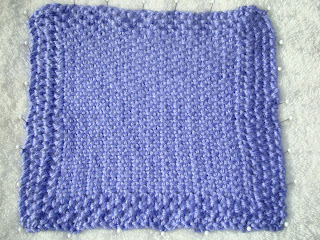 A COUPLE NOTES ABOUT LINEN STITCH:
~This pattern creates a very striking and pretty fabric.  However, it is VERY tight and dense.  This swatch will have to be blocked in order to make it a uniform square (as you can see, this swatch was not blocked before the pictures were taken).  It will pucker without blocking.  I will post a tutorial on blocking sometime next week.
~Note that you are ''wrapping'' stitches for this pattern.  Have no fear!  Just follow the instructions as they are written (you are slipping, not knitting, half the stitches for each row).
~Also, it will take about twice as many rows to complete the block, so be sure to measure your square (make the square as flat and straight as you can for measuring) instead of relying on a row count for the finished product. 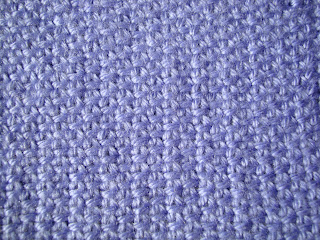 Close up: Linen stitch
Don't like the linen stitch?  Flip it over, the back of this swatch (wrong side) is called Tweed Stitch.  It looks like a very dense Moss stitch!  Same pattern- two different results! 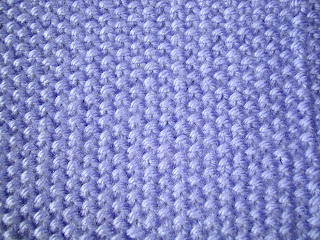 The book for March is: The Sweetness at the Bottom of the Pie by Alan Bradley
Amazon.com Review: It's the beginning of a lazy summer in 1950 at the sleepy English village of Bishop's Lacey. Up at the great house of Buckshaw, aspiring chemist Flavia de Luce passes the time tinkering in the laboratory she's inherited from her deceased mother and an eccentric great uncle. When Flavia discovers a murdered stranger in the cucumber patch outside her bedroom window early one morning, she decides to leave aside her flasks and Bunsen burners to solve the crime herself, much to the chagrin of the local authorities. But who can blame her? What else does an eleven-year-old science prodigy have to do when left to her own devices? With her widowed father and two older sisters far too preoccupied with their own pursuits and passions—stamp collecting, adventure novels, and boys respectively—Flavia takes off on her trusty bicycle Gladys to catch a murderer. In Alan Bradley's critically acclaimed debut mystery, The Sweetness at the Bottom of the Pie, adult readers will be totally charmed by this fearless, funny, and unflappable kid sleuth. But don't be fooled: this carefully plotted detective novel (the first in a new series) features plenty of unexpected twists and turns and loads of tasty period detail. As the pages fly by, you'll be rooting for this curious combination of Harriet the Spy and Sherlock Holmes. Go ahead, take a bite. --Lauren Nemroff
Posted by Lindsey at 10:32 AM No comments: